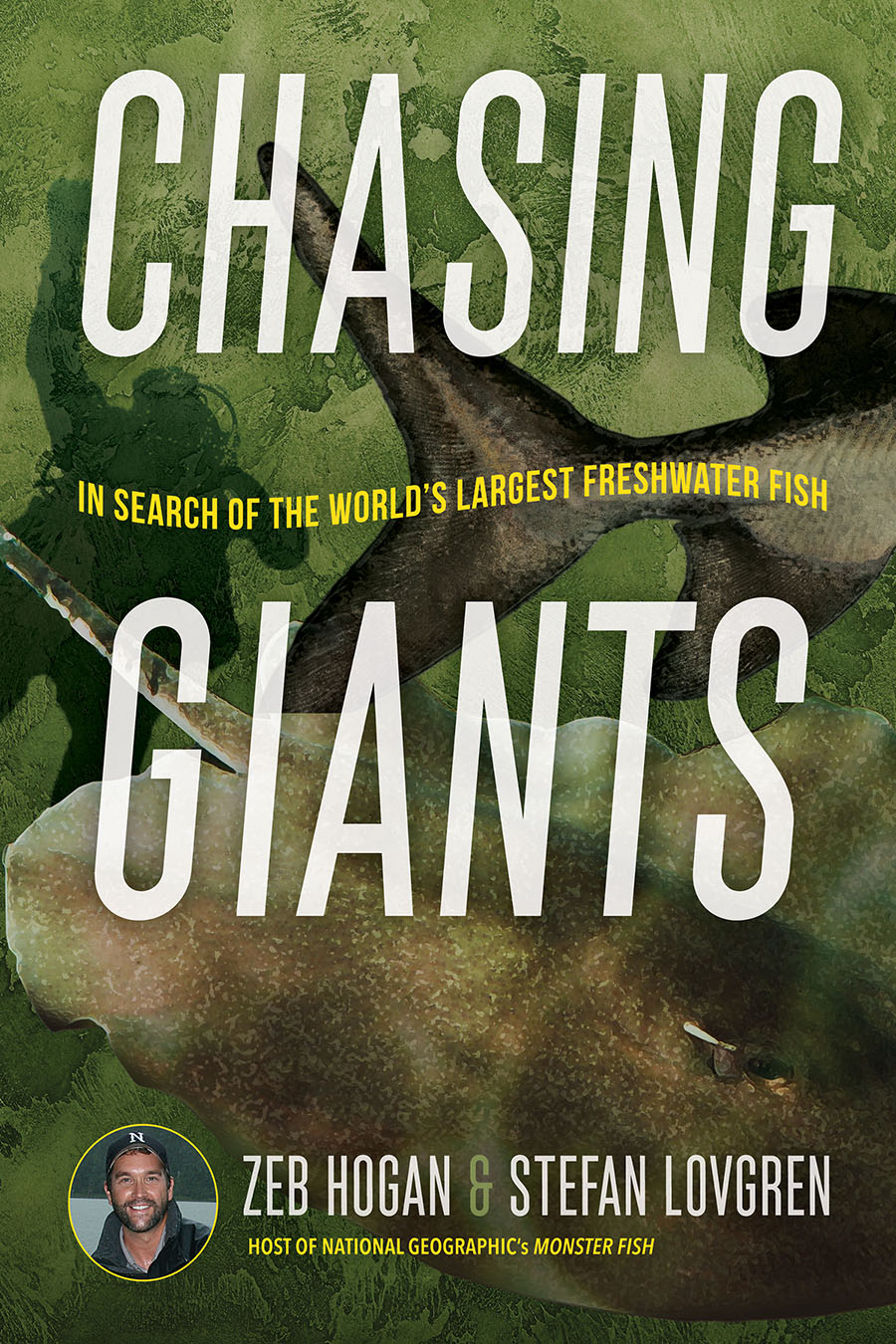 Chasing Giants
In Search of the World's Largest Freshwater Fish
$29.95

Join Zeb Hogan, host of the National Geographic television show Monster Fish, on the science adventure of a lifetime.

On May 1, 2005, a Thai fisherman caught a truly monstrous Mekong giant catfish. At 646 pounds, it captured the world’s attention, and with awe and wonder, it was deemed the largest freshwater fish on record. There was no denying its size, but when biologist and research associate professor Hogan saw a photo of the fish, he wondered if it really was the biggest in the world. To his surprise, no one had systematically sought to answer the question: Which of the giant freshwater species really was the largest?

Seeking to answer that question has brought Hogan face to face with massive arapaima and piranha in the Amazon, alligator gar in Texas, pigeon-eating wels catfish in France, stingrays in Cambodia, and the gnarled-toothed sawfish in Australia. Part of his scientific adventure has been captured on Monster Fish, and Hogan now tells the full story of his 25-year quest to understand the mysteries of some of the oldest, largest, most bizarre creatures on Earth.

The fate of these giant fish motivates Hogan to understand the various species he studies. The megafish’s numbers are dwindling, and the majority of them face extinction. In this book, he teams up with award-winning journalist Stefan Lovgren to tell, for the first time, the remarkable and troubling story of the world’s largest freshwater fish. It is a story that stretches across the globe, chronicling a race against the clock to find and protect these ancient leviathans before they disappear forever.

Chasing Giants: In Search of the World’s Largest Freshwater Fish combines science, adventure, and wonder to provide insights into the key role the massive fish of our lakes and rivers play in our past, present, and future.

Stefan Lovgren is an award-winning journalist and filmmaker with more than 25 years of worldwide reporting experience. He has been a regular contributor to National Geographic’s numerous media platforms since 2003 and writes about a wide variety of environmental issues with a focus on fish and freshwater subjects.
Reviews

“The scientific material is accurate, admirable, and VERY thorough. The writing is EXCELLENT and the authors succeed WITHOUT DOUBT in their goal of 'connecting science and adventure to reach millions of people.'”
—Gene S. Helfman, emeritus professor of the Odum School of Ecology at the University of Georgia, author of Fish Conservation: A Guide to Understanding and Restoring Global Aquatic Biodiversity and Fishery Resources

“I have read a lot of fisheries, ecosystem management and conservation manuscripts and papers in the last 40 years, none of which captured my attention as did this work by Zeb Hogan and Stefan Lovgren. The pure fisheries issues alone make this a stellar book, but with the additions of the local cultural anecdotes and the personal insights provided, it becomes a truly significant contribution to world fisheries and ecosystem degradation understanding.”
—John W. Sigler, conservation ecologist and senior author, Fishes of Idaho: A Natural History Survey